Most people are aware that smoke in any form is not good for the body, whether the smoke is from wildfires, fireplaces, tobacco or even marijuana. It has been shown that smoking tobacco increases the risk of lung cancer, heart disease, and is associated with multiple other diseases. However, secondhand smoke and thirdhand smoke are also quite harmful to the human body. But what about other forms of smoke? Are they harmful and what can I do about it? Let's explore the issues with each and which air purifiers are effective against smoke.

Extensive research shows that smoking tobacco comes with some level of risk, especially considering the risks are printed right there on the packaging. Smoking marijuana is now legal in certain parts of the country, but the risks of smoking marijuana are not as well known since far fewer studies have been conducted in controlled environments. According to the  National Institution of Health, marijuana smoking is associated with large airway inflammation, increased airway resistance, and lung hyperinflation, and those who smoke marijuana regularly report more symptoms of chronic bronchitis than those who do not smoke. In addition to smoking tobacco and marijuana directly, we need to explore the other risks of tobacco and marijuana smoke which includes secondhand and thirdhand smoke.

What is thirdhand smoke? Thirdhand smoke involves the buildup of chemical residue on surfaces where smoking has occurred. This type of residue, including carcinogens, heavy metals, and other toxic substances, can stay on surfaces for a long time. It is especially harmful for children who might touch smoke-laden surfaces and ingest them. More research is needed on this topic, but thirdhand smoke can increase the risk for certain diseases. After all, would you let your child — or pet — lick a cigarette or something that’s been exposed to smoke? Probably not, but what can be done to limit the exposure? We have some solutions for you as you continue reading.

Inhalation of wildfire smoke is also dangerous. It’s a complex mixture of carbon monoxide, nitrogen oxides along with 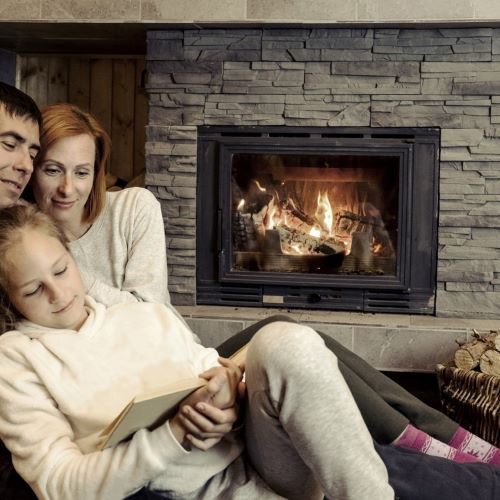 toxic particles, and it can contain gasses like formaldehyde. Encountering the smoke particles from wildfires can lead to respiratory responses like coughing, sneezing, wheezing, shortness of breath, a runny nose and burning eyes. If these substances make their way into your lungs, they can contribute to heart disease, lung disease, asthma and other conditions.

These same substances can be present in fires you start in your backyard or fireplace. This is not to say you should never enjoy a cozy fire, but do limit your exposure and be especially wary if you have asthma or other respiratory conditions. When you do burn fires, take the following steps to make them safer:

So, what can you do to help limit the amount of smoke you inhale?

How does an Air Purifier Limit Smoke Particles?

If you want to purify your home’s air from the particles and gasses in tobacco smoke, look for an smoke air purifier with a true High Efficiency Particulate Air, also known as a HEPA filter. This type of filter is designed to remove smoke particles from the air, so you’ll ingest less of those small particles that enter the air when someone smokes. The Air Health SKYE portable air purifier includes an H13 HEPA Air Filter which has been tested to remove 99.97% of 0.3 micron particles from the air you breathe.

Most experts will tell you that removing smoke particles in the air is not enough, because there are toxic gasses and chemicals on surfaces and in the air that results from tobacco smoke. An air purifier should also include an advanced carbon filter designed to remove gasses and odors from the air. Carbon is a very porous substance that does a great job removing odors and chemicals from smoke. Plus, you should find an air purifier that includes PCO technology as it is shown to remove VOCs (volatile organic compounds) such as formaldehyde from the air you breathe.

Can an Air Purifier Help with Wildfires and Fireplace Smoke?

Maybe you don’t smoke or live with a smoker, but you do live near a high concentration of wildfires, or you enjoy your indoor fireplace or wood-burning stove regularly. These sources of smoke can be as dangerous as tobacco smoke, as they do produce particles that linger in the air, as well as odors and chemicals that remain in the air and on surfaces.

An advanced cutting-edge air purifier is your best bet for removing this type of smoke as well. An air purifier with a HEPA filter, rated at 13, is one of the most powerful on the market that homeowners can buy. HEPA filters with ratings above 13 are typically reserved for hospitals and operating rooms. Plus, make sure you choose an air purifier that reduces a wide spectrum of airborne contaminants.

Choose an air purifier that will also remove the odors and chemicals from wood fires. The best air purifiers have activated carbon filters, which will take care of that job. But don't stop there; the air purifier should also incorporate PCO technology to remove chemical odors in the air, offering another layer of protection from smoke odors and other substances that may be found in homes like formaldehyde, paint, cleaners and chemicals.

Finally, the best air purifiers use UV-C germicidal lamps to reduce bacteria, mold and fungi. So, while you may have purchased the air purifier to reduce smoke odors and harmful particles in your home, you may find yourself enjoying cleaner air year-round, resulting in fewer illnesses and allergic reactions. 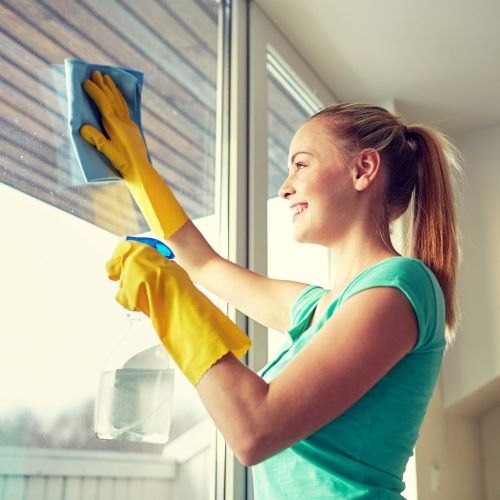 Portable air purifiers offer one good way to reduce harmful smoke particles, chemicals, and odors in indoor environments. You might also want to do the following: