The History of Air Purifiers and HEPA Filtration 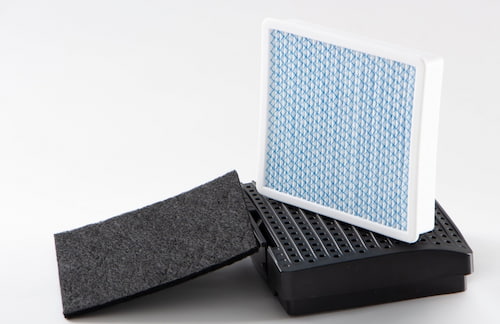 For decades, HEPA filters have been the leading solution for filtering dust, pollen, viruses, germs and much more from the surrounding air. The story of the HEPA filter — which stands for “high-efficiency particulate air” filter — is just as fascinating as how they work. While air purifier history dates back to 1848, when Lewis P. Haslett patented a device using moist wool and a one-way clapper valve, the HEPA filter marked a huge leap forward in purification technology.

Before they were improving air quality for homeowners and office workers, HEPA filters were protecting U.S. soldiers on the World War II battlefield. Here’s the full story and how it led to a filter that’s still an industry leader well into the 21 st century.

The Creation of the HEPA Filter 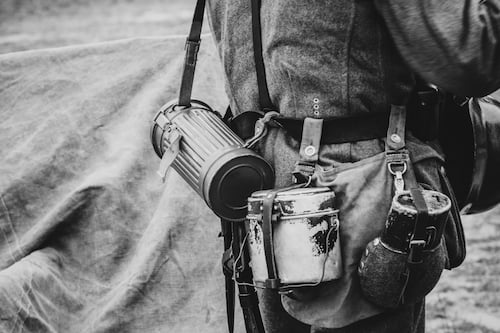 Before it was part of domestic filtration systems such as the Air Health Skye Portable Air Purifier, HEPA was a top-secret government project. HEPA filter history begins with a piece of paper the British found in a German gas mask early in WWI. They discovered the paper was exceptionally good at capturing chemical smoke. After duplicating it for their own gas masks, the British Army Chemical Corps also incorporated the idea into the “absolute air filter,” a mechanical blower that could purify air at operational headquarters.

Flash forward to 1942. The U.S. was starting the Manhattan Project in Oak Ridge, Tennessee, which led to the first nuclear bomb. They knew they needed a way to protect the nearly 90,000 Manhattan Project workers. Using the British gas mask and absolute filter projects as the groundwork, the U.S. Army Chemical Corps and National Defense Research Committee commissioned a joint project to develop a filter that could remove hazardous radioactive particles from the air.

Working with Nobel Laureate Irving Langmuir, they identified 0.3-micron diameter particles to be the most concerning and focused testing efforts on filtering this particle size. The result was the first HEPA filter, though they weren’t officially known as such until the 1960s. Ultimately, these filters weren’t effective at reducing the impact of radiation — but they offered excellent protection against chlorine gas, mustard gas and flamethrowers. As such, they were used both at Manhattan Project headquarters and in U.S. soldier gas masks for the remainder of the war.

The HEPA Filter for Commercial Use

In the decade following the end of World War II, the military and private sectors found more uses for HEPA filters. Researchers discovered the mechanical filters were effective against many other airborne particles, including dust, pollen, animal dander, mold and smoke. In the early 1950s, HEPA was trademarked and introduced commercially as an air purifying filter. They first gained widespread use in vacuum cleaners , and soon were adopted by many industries that needed highly efficient air filters.

It was also around this time that more Americans became concerned with air quality. In 1963, Congress passed the 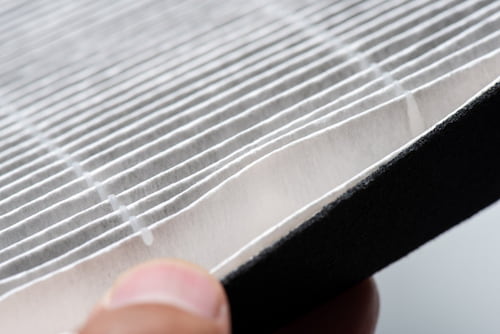 Clean Air Act, which set standards for reducing air pollution. While not the first attempt to address air quality, it helped spur a larger movement — and it led to the popularity boom of HEPA home air purifiers in the 1970s and 1980s.

HEPA has become so common that many people use it as a generic term used in reference to highly efficient air filters. However, HEPA is a specific type of filter which you’ll find in medical settings, computer chip manufacturing, food processing, nuclear power plants, cleanrooms, HVAC systems, cars and airplanes to trap dangerous particulates. Technology advancements have made HEPA air purifiers smaller and easier to operate than the original “absolute filter” while maintaining their efficacy.

When is a Filter a HEPA Filter?

At the same time the U.S. Department of Energy (DOE) officially created the term “High-Efficiency Particulate Air”, they also standardized the specifications for these filters. To be certified as HEPA in the U.S., a filter must capture at least 99.97% of all airborne particles that are 0.3 microns in diameter at an airflow rate of 85 liters per minute. In Europe, the minimum filtration standard is 99.95%.

Each HEPA filter also has a Minimum Efficiency Reporting Value (MERV) which rates its ability to trap various particle ranges between 0.1 and 10 microns. The MERV ratings go from 1 to 20; the higher the number is, the better it will capture certain particle sizes. Different MERV ratings work best in different settings; for example, a MERV 16 HEPA filter is good in commercial settings but is considered too restrictive for residential use. DOE-regulated applications and HEPA filters for medical have even more specific filtration requirements.

Why Use a HEPA Filter? 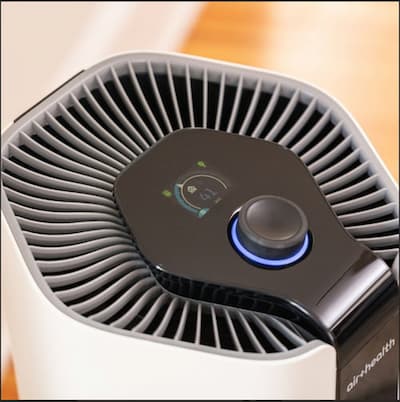 More than 80 years after the first HEPA precursor, these filters continue to be the most common method of filtering irritating particles from the air. Some of the many home and office uses for a HEPA filter include:

The Air Health SKYE Portable Air Filter uses medical-grade HEPA filtration technology to remove contaminants and irritants from the air. It has a MERV rating of 13, which means that in addition to its 99.97% 0.3-micron efficiency, the filter captures most particles between 0.1 and 3.0 microns. This is considered the best rating for residential and general office filters.

We’ve combined the HEPA filter with several other technologies to address the few areas where HEPA is not as effective. These include an activated charcoal filter for odors, PRO-Cell technology for chemical odors and UVC light for smaller viruses and bacteria. Our five-step portable air filter is the best and most efficient way to continue the long history of HEPA filtration in your home or office while also utilizing the current technology of today.